Mary Stevenson – Idea for a book 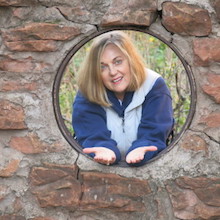 Some may wonder why neither Robb nor myself have ever written a book about the skyjacking prior to now. One of my reasons is that I was determined that I would never do anything that would possibly hurt Robb, after all he has been through. When I saw his interview from a couple of years ago, I saw that he was finally ready to talk about the event, and possibly even ready to write about it himself.

He did bring up the subject to me in a letter from Lompoc Prison back on 4/22/73. He had an army buddy named Randy Lopez that he stayed in touch with from their Vietnam days. Here’s Robb’s letter:

“Mary, I want to ask you a favor. I’ve talked with Randy and I guess he’s going to Reno to see you about my idea. I’m very stupid sometimes and tend to jump into things rather quickly. I usually wade in over my head. I haven’t really had much of a chance to talk this idea over with you but whatever I do I want your approval.

“During life people have expenses. They need money to make life that much smoother. I want to go ahead with my idea, but I’m afraid I don’t know anything about writing or any phase of it. You and I are us. I want it to stay that way. I want you to talk to Randy, and tell me what to do. In other words, look out for me. I trust your judgment. If you say it’s a bad deal, then I’ll call the whole thing off.

“I really think we could use some $, but you’re the expert on the subject. Seems like I rely more and more on you each day. I might be sticking my neck out, but it makes me feel comfortable trusting you. I love you very much. I want you above everything else. Nothing else matters. Robb”

What I knew for sure at that point in time, less than one year after his crime, is that we dare not try and capitalize on it by writing a book, trying to sell movie rights, etc. No! That would certainly not go over well with the Parole Board. The whole focus was to see Robb get out of prison sooner vs. later, and it was not the right time to act on his idea. I never did meet or hear from his friend Randy Lopez. It was way too soon for me to write my book, too. There were many spiritual lessons to be learned before that, to see the Big Picture of what our souls had signed up for, in what was to be the most intense “initiation” of both our lives. It is only in the last few months that the divine guidance came to me that the time was right. I had put the whole idea so far on the back burner, I was quite surprised myself to see how all the steps unfolded to share this amazing story with you all, at this point in time.